Home Kitchen How to Unclog a Garbage Disposal with Standing Water 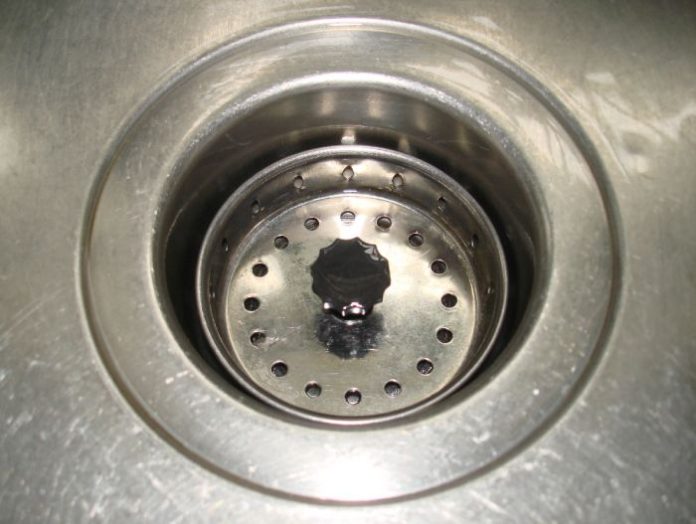 To dispose of leftover food from dishes and plates, garbage disposal is used most often. It seems your garbage disposal may be clogged if your sink is filled with water that won’t go down the drain.

This can be messy, specifically if it happens in the middle of meal preparation for an event, holiday, or party. So, what to do to unblock garbage disposal with the help of standing water in the sink? Try using a sink plunger at first to dislodge anything that might be the reason for the blockage.

There is a right and wrong way to do when it comes to unclogging garbage disposals. The wrong way is to use your hand to remove a blockage with the help of fingers. The after-effects of a miscalculation are too much to warrant the risk.

The right way is to clear the blockage by spinning the rotor from below the sink.
In this article, we will discuss how to unclog a garbage disposal with the use of standing water.

How to unclog a garbage disposal with standing water

Actually, it is the drain and we often think the disposal is clogged. Before you proceed further to the trouble of disassembling the P-trap to clear the blockage of the drain, you must follow the process itself for clearing the passage of the disposal unit as it is easy to do.

Coming to the mechanism of the device, you might have thought that the garbage disposal unit contains a spinning blade inside. Mostly they have one or two spinning impellers, similar to the agitators present on the inner side of the machine along with a canister containing serrations like a cheese grater.

The impellers are connected to the rotor. As it spins, the impellers move the left-over food against the serrations. Through a gap present between the canister and the rotor, the shredded food then washes away.

It is common for debris, especially starchy ones like potatoes, stringy foods like celery, and small bones to get stuck as the gap is not wide enough.

Water can’t pass through and backs up into the sink when the debris fills the whole gap.

Below are some of the causes that create garbage disposer blocks:

Tip: The easy and simple way to prevent blockage is to make a habit of using plenty of water when running for several seconds in flushing the disposal.

What is garbage disposal used for?

The standard garbage disposal is used for converting and slicing food particles into smaller pieces so they don’t block the P-traps. The P-trap is a joint present underneath the sinks that keeps away sewer gases from entering the home.

Moreover, running water on the disposal while turning on the disposal will allow the circulation of food and chop the particles of food into smaller pieces, which lets it remove out of the pipes properly and effectively.

Why is my Garbage Disposal not draining?

The first thing to get an idea is that definitely there is a blockage somewhere in a drainage pipe, in the garbage disposal unit may be.

It is hard to use some of the natural solutions like salt and baking soda and boiling water as there is standing water in the sink.

So, let’s get inside to see what can be done to solve the problem.

Can you plunge garbage disposal?

For complete unclogging your disposal, a plunger may be the solution. Dislodge the blockage with an additional remedy like using baking soda.

Here are the steps of using a plunger on the sink in your kitchen.

If the shape of the sink is such that it is hard to get that seal, try putting petroleum jelly on the cup’s rim of the plunger. This helps to lock the plunger to the sink.

Before you lift the plunger, pump it about 6-8 inches. If the water present in the sink drains easily, then there is a chance of loose or complete removal of the blockage in your drain. Repeat the process many times, if it doesn’t unclog.

How do you unclog a double kitchen sink with a garbage disposal?

If the clog is present in the double sink that contains a garbage disposal connected to it, first you want to use the sink plunger on the basic with disposal unit.

Use the instructions mentioned above on how to do this.
You can repeat the process on the adjoining basin, once you’ve cleared any standing water in the basin with the disposal unit.

It is suggested to contact the plumber to help solve the issue if the clog is not cleared.

The ice and salt will remove the hard debris from the canister once you start the disposal up and be washed inside and outside the pipes.

The life of the garbage disposal is 10-15 years if properly taken care of. Use cold water, keep away food that is not good for garbage disposal, and use citrus for cleaning purposes. As an air freshener, it also works great.

Maintain or replace the garbage disposal

Garbage disposal which is 10 years old makes clogs and noises that frequently need replacement. Fortunately, new disposal is affordable, dependent on the size. The price range varies from $50-$250 or more.

Other Maintenance near the Garbage Disposal

Take a look at a few other areas, while trying to fix your garbage disposal.

When to call a professional

You need to call a professional if it is making noises, water is coming out, the switch is not working or it has a bad smell.

It can help you save money if you take care of the issues right away. For the average homeowner, a garbage disposal can be difficult, so contacting a professional is the right thing to do.

We hope that you’ve got cleared with your question that how to unclog a garbage disposal with standing water. Garbage disposal clogs sometimes and can be fixed easily. Observing what is placed in the sink is the best idea. It is always good to monitor the garbage disposal and the clogs and try to fix them by taking professional assistance to avoid any sort of issues.

How to Make a Pan Non Stick

How to Protect Glass Top Stove from Cast Iron

admin - January 14, 2022 0
You've probably heard that light has an impact on our mood and energy, but did you know that light bulbs also have...

How to Remove Heat Stains from Wood

How to Clean a Polyester Couch

Why are couches so expensive

Why Do I Have Roaches In My Clean House?